Skip to content
Jenny at dapperhouse Family fun for everyone. A lifestyle blog.
Art 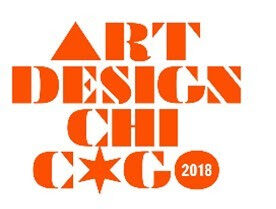 For Art Design Chicago,
An Initiative Spearheaded by Terra Foundation for American Art
CHICAGO—UPDATED September 2018—Initiated by the Terra Foundation for American Art, Art Design Chicago is a citywide exploration of Chicago’s role as a catalyst and incubator for innovations in art and design. Running throughout 2018, the initiative features more than 30 exhibitions, hundreds of public and academic programs, and the creation of several scholarly publications as well as a four-part television series. Together, these activities shine a light on Chicago as a creative hub that has spurred and influenced developments in fine and decorative arts, graphic and commercial design, product development, and film, past and present.
Developed in partnership with more than 75 cultural organizations, Art Design Chicago offers new research into under-explored narratives and brings to the fore the work and innovations of many little-known individuals and groups that have deeply impacted the evolution of and discourse on art and design. While the majority of the initiative’s activity will take place in and around Chicago, some of the exhibitions are set to tour nationally and internationally, and others are currently open or upcoming at organizations across the U.S.
Included below are summaries of Art Design Chicago exhibitions opening in September and October as well as those currently on view. A select group of public and academic programs have also been highlighted below. Additional details are also available on the Art Design Chicago website, www.ArtDesignChicago.org. 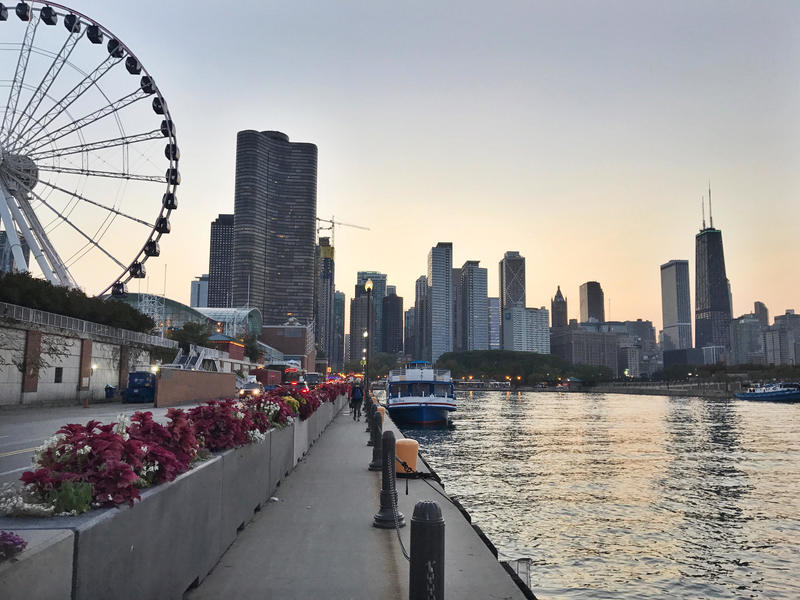 SEPTEMBER & OCTOBER EXHIBITION OPENINGS:
Living Architecture
6018North
September 3–December 23, 2018
Living Architecture is a timely exhibition showcasing the work of more than 50 immigrant artists based in Chicago.
Yasuhiro Ishimoto: Someday, Chicago
DePaul Art Museum
September 6–December 16, 2018
Yasuhiro Ishimoto: Someday, Chicago examines the legacy of the San Francisco-born Japanese photographer Yasuhiro Ishimoto (1921–2012), focusing in particular on the ways in which his study and work in Chicago shaped his practice and extended the influence of the city’s arts and design community beyond the U.S. 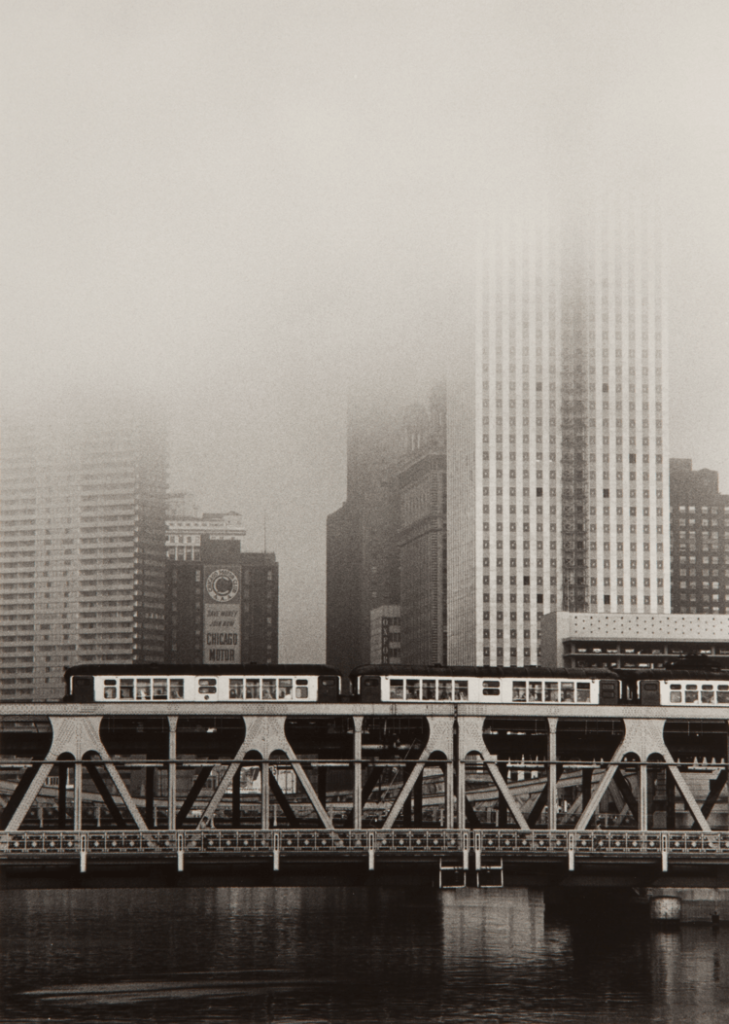 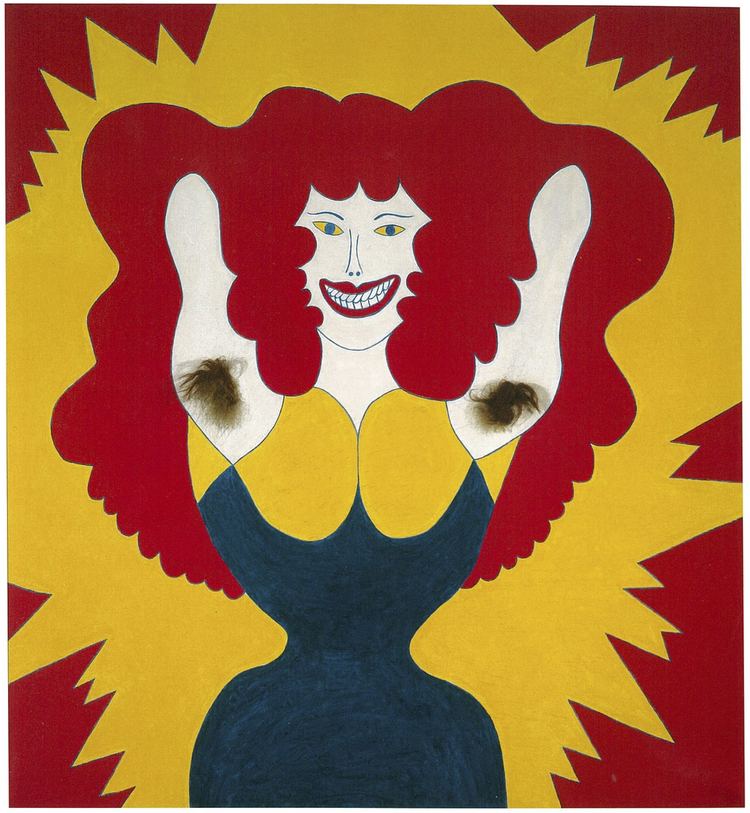 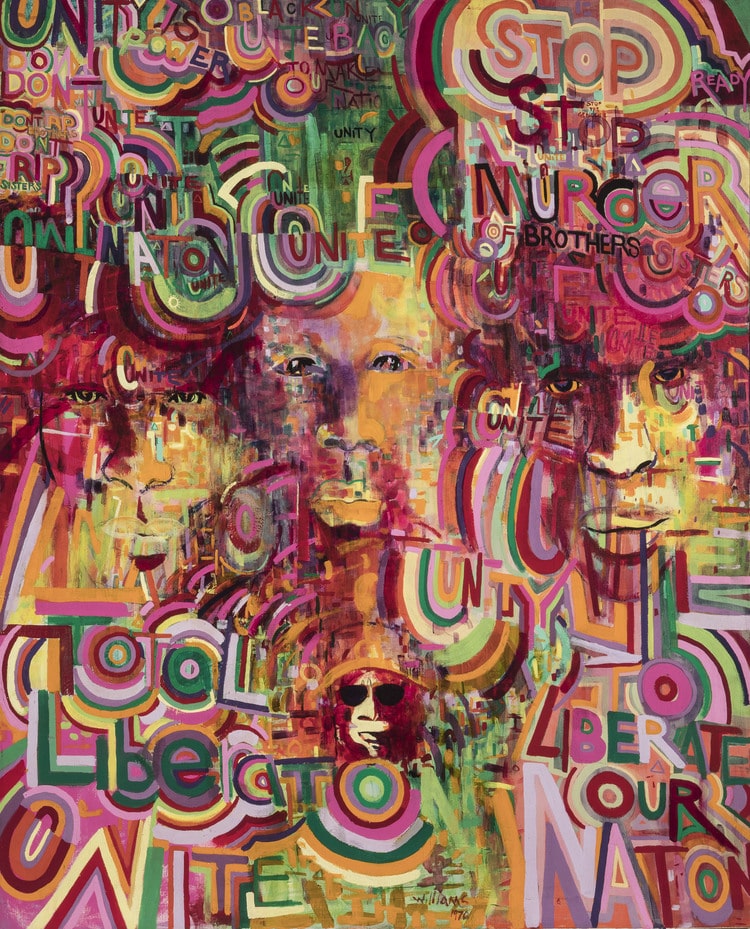 Up is Down: Mid-Century Experiments in Advertising and Film at the Goldsholl Studio
Block Museum of Art, Northwestern University
September 18–December 9, 2018
Up is Down is the first exhibition to focus on the extensive influence of the Chicago-based design firm Goldsholl Design Associates on the evolution of film and design, from the 1950s to the 1970s. The Goldsholl group worked at the cross-section of art, design, advertising, and visual culture. 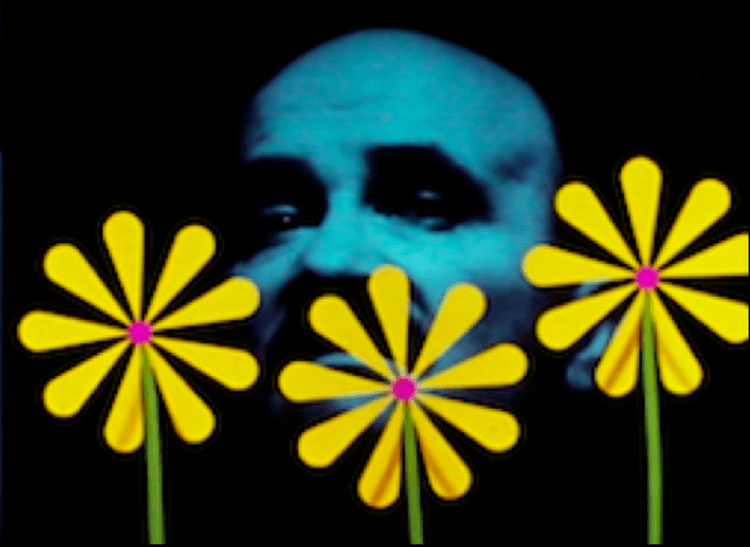 Hairy Who? 1966-1969
Art Institute of Chicago
September 27, 2018–January 6, 2019
The Art Institute of Chicago will present the first major comprehensive retrospective focused exclusively on the work of the groundbreaking Chicago-based group Hairy Who. He came to represent  a group of young artists, who boldly manipulated popular culture to transmit radical and progressive ideas, and challenge prevailing notions of gender and sexuality, social mores and standards of beauty, war, and nostalgia and obsolescence. 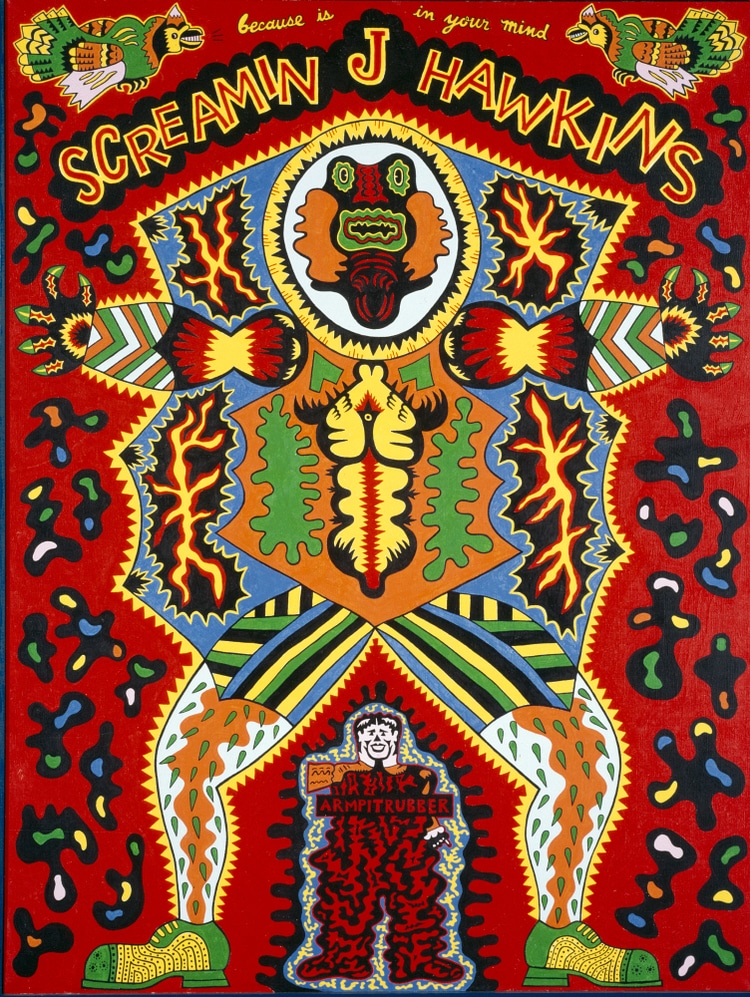 Pictures from an Exposition: Visualizing the 1893 World’s Fair
Newberry Library
September 28–December 31, 2018
As the grandest international spectacle in a great age of spectacles, the World’s Columbian Exposition held in Chicago in 1893 captured the public’s imagination through a dazzling array of images, from photographs, paintings, and illustrated albums to souvenirs, guidebooks, magazine features, and popular histories.
The Many Hats of Ralph Arnold: Art, Identity & Politics
Museum of Contemporary Photography at Columbia College Chicago
October 11–December 21, 2018
During the tumultuous 1960s and 70s, the prolific artist Ralph Arnold (1928–2006) made photocollages that appropriated and commented upon mass media portrayals of gender, sexuality, race, and politics. Arnold’s complex visual arrangements of photography, painting, and text were built upon his own multilayered identity as a black, gay veteran, and prominent member of Chicago’s art community.
Keep Moving: Designing Chicago’s Bicycle Culture
Chicago Design Museum at Expo 72
October 27, 2018–March 3, 2019
Just before the turn of the century, the popularity of the bicycle in America was at an apex. Social clubs, velodromes, cross-country races, and bicycles and bicycle innovations were rampant. Home to more than 80 shops, including Schwinn, the nation’s leading producer, Chicago played an instrumental role in developing and disseminating bicycle culture. 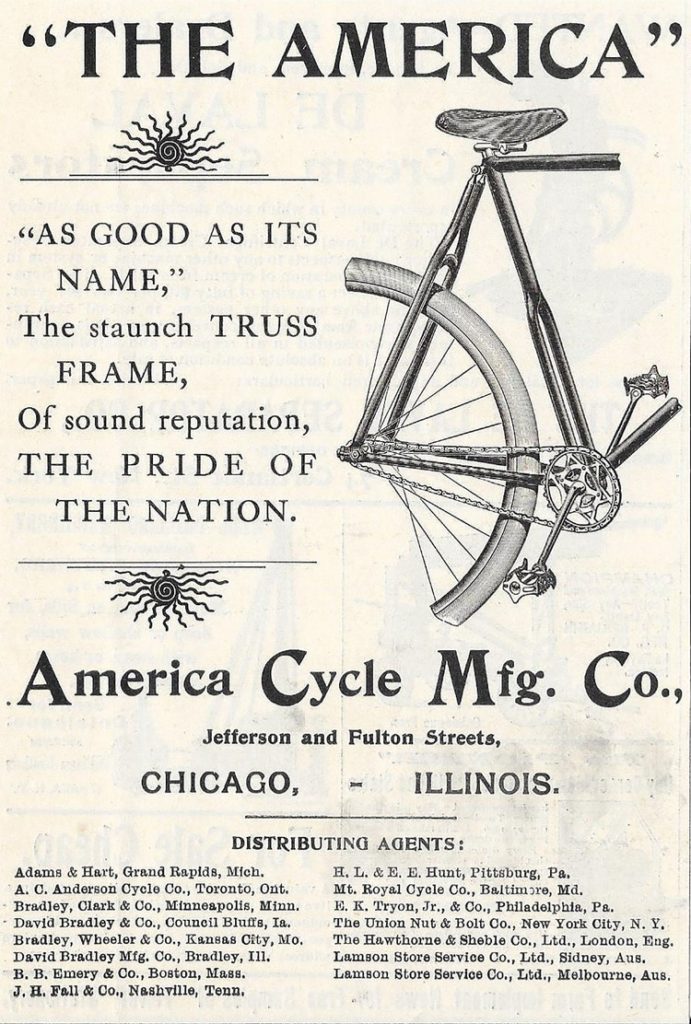 African American Designers in Chicago: Art, Commerce, and the Politics of Race
Chicago Cultural Center
October 27, 2018–March 3, 2019
African American Designers in Chicago is the first exhibition to explore how African American designers in Chicago worked across different media and practices to define a role for themselves in the design professions, remaking the image of both the black artist and buyer in a major hub of American advertising and consumer culture. Presented by the Chicago Department of Cultural Affairs and Special Events, the exhibition emphasizes both the lives and achievements of these pivotal designers and features work from a wide range of practices, including cartooning, sign painting, architectural signage, illustration, graphic design, exhibit design, and product design, created during the pivotal periods from the Great Migration to the Civil Rights Movement and beyond. The exhibition also explores the contributions of designers such as Charles Dawson, Emmett McBain, and Eugene Winslow, who used commercial art as a site to advance African American political causes, from the Exposition of the American Negro in 1940 to the founding of Burrell McBain Advertising in 1971.
Modern by Design: Chicago Streamlines America
Chicago History Museum
October 27, 2018–December 2, 2019
Modern by Design: Chicago Streamlines America reveals how Chicago brought cutting-edge modern design to the American marketplace on a scale unmatched by any other city. The exhibition focuses on 1930s–50s, a critical period in American history. It presents issues of design and aesthetics within the larger social, economic, and cultural context of the time and explores how the city’s hosting of the 1933–34 World’s Fair, its industries, advertising firms, and mail order companies advanced modern design on local, regional, and national levels. Innovative designs coupled with the might of Chicago’s manufacturing and distribution infrastructure led to mass production of affordable state-of-the-art products featuring a new urban-inspired aesthetic that furnished public and private spaces across the country. The exhibition includes approximately 300 objects, photographs, and documents, many on view for the first time.
About Art Design Chicago
Art Design Chicago is a spirited celebration of the unique and vital role Chicago plays as America’s crossroads of creativity and commerce. Initiated by the Terra Foundation for American Art, this citywide partnership of more than 75 cultural organizations explores Chicago’s art and design legacy and continued impact with more than 30 exhibitions, hundreds of events as well as the creation of several scholarly publications and a four-part television series presented throughout 2018.
Support for Art Design Chicago is provided by the Terra Foundation for American Art and Presenting Partner, The Richard H. Driehaus Foundation. Additional funding for the initiative is provided by Leslie Hindman Auctioneers, the John D. and Catherine T. MacArthur Foundation, and the Joyce Foundation. The Chicago Community Trust, Leo Burnett, Polk Bros. Foundation, and EXPO CHICAGO are providing in-kind support. www.ArtDesignChicago.org #ArtDesignChicago
About Terra Foundation for American Art
Since it was established in 1978, the Terra Foundation for American Art has been one of the leading foundations focused on the historical art of the United States. Headquartered in Chicago, it is committed to fostering exploration, understanding, and enjoyment of American art among national and international audiences. To further cross-cultural dialogue on American art, the foundation supports and collaborates on innovative exhibitions, research, and educational programs. Implicit in such activities is the belief that art has the potential both to distinguish cultures and to unite them. The foundation also provides opportunities for interaction and study through the presentation and ongoing development of its own art collection in Chicago, recognizing the importance of experiencing original works of art. www.TerraAmericanArt.org
Share :

RED – What Your Favorite Color Says About You

Frida Kahlo Exhibition at the MAC (McAninch Arts Center) at the College of DuPage June 5 to Sept. 6, 2021

April 27, 2020
Jenny at dapper house is a cool lifestyle blog focused on everything family! Jen Temcio is a long time blogger who shares topics that matter to you like education, healthy living, fitness, home and much more. She shares products that make your life easier, better, and a whole lot more fun!