Day 3 with Reese the Rescued Dog – Our Chihuahua

Last night was New Year’s Eve. My teen slept over at a friends house so Reese the dog could not sleep with him. My little guy’s bed is too small for both him and Reese so that was out too. I did not want to get Reese’s stinky Frito smell and dog hair in my own bed and I could not possibly leave him alone on his second night on his new home so, I slept with him on the couch and we rang in the new year with a deep sleep!
When we got up I gave Reese a bath. I used the hand held shower sprayer in the bathtub. At first I saw him eyeing the 4 inch gap between the shower door and my arm so I closed it quick and the rest of the bath Reese was fantastic. He was very calm. . . no shaking or whining at all. He just enjoyed his massaging shampoo and warm rinse. Then after I dried him he went Crazy and ran through the house like a red streak stopping occasionally to rub his face and back on the rugs. SO CUTE!

Then we had a sad incident. . .
Reese was asleep on the couch next to my 10 year old. My son reached over to pet him and Reese snarled and snapped at his hand. (No skin was broken.) It really scared my son and made him fearful to go near Reese today.  Later in the day Reese was sleeping at my feet while I was working on the computer. I brushed his back when I moved my foot and he snarled and bit again. 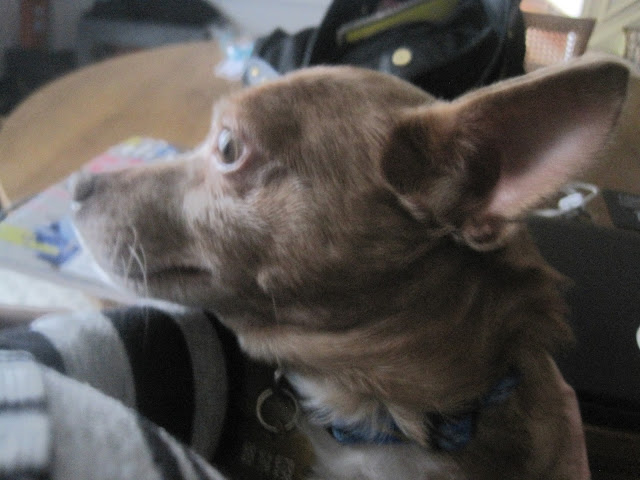 I had a talk with my son. I explained that because Reese has lived his last 8 months in a kennel, he is not used to many people touching him. He is certainly not used to being woken by touch. In the pet store he would wake up when the people came in the shop, by barking dogs in the kennels around him and by the goings on of the daily business outside the bars and the glass of his cage. My son immediately understood and connected this to the fact that Reese is so easily startled and scared by the littlest noises. My son made the awesome suggestion that we say Reese’s name to wake him before we try to touch him. Great idea!! This has been working tonight, and my son warmed back up to Reese and relaxed on the couch with him during a Bowl Game. 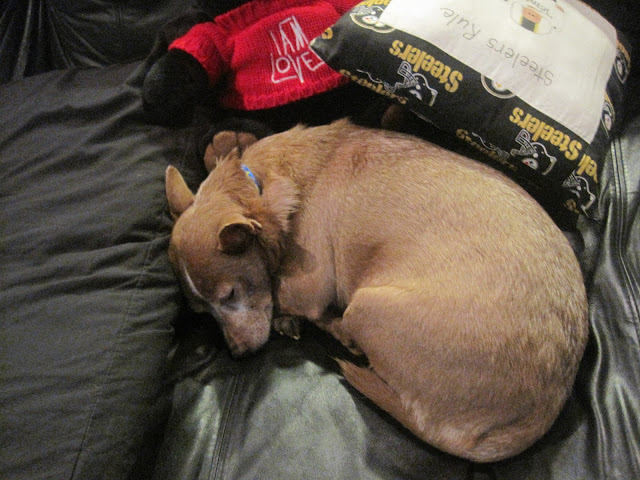 Reese has “asked” go outside to go to the bathroom with not one accident in the house. He smells so fresh and clean from his bath. We worked on the “come” command a bit. My son gave him a tiny elephant stuffed animal with a rattle in it. Reese will chase it and bring it back to play fetch!
He ate brunch and dinner (I set out his breakfast but he didn’t want to eat until later.) And he hung out with my teen a lot who luckily is home tonight so Reese has a buddy to sleep with and I can sleep in my bed!

You can read about Reese’s adoption story here!

Making The Most Of Your Basement With Bold Conversion Ideas