Skip to content
Jenny at dapperhouse Family fun for everyone. A lifestyle blog.
Children Teaching and Learning

American Heroes in Song: Ellis Paul’s ‘The Hero in You’ CD Review & Not just another G1VEAWAY

by jtemcio
14 Comments
I am truly SO Excited about this album
&
wholeheartedly recommend this as a
MUST HAVE
for anyone who has the opportunity to influence children.
I believe that in our current culture,
Children and adults need to be truly inspired.
This album does with intensity.
Ellis Paul’s second family music album,
The Hero in You
debuts this month on Black Wolf Records. 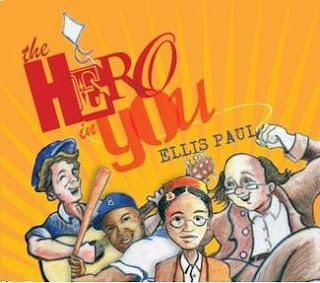 The new CD is the first in a planned series focusing on
heroes of all kinds.
Paul, who has been called
“one of contemporary folk music’s most influential voices,”
includes 14 songs,
plus a colorful keepsake booklet featuring Paul’s illustrations.
The Hero in You follows Dragonfly Races,
Paul’s best-selling and Parent Choice
award-winning 2007 family music album. 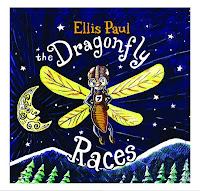 Known for his deeply felt and socially conscious songwriting,
often about heroes,
Ellis Paul was inspired by his own two growing daughters
and four years of performing for families
to write about people who contributed something to the world
through their work and art. 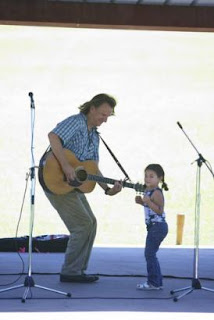 Benjamin Franklin
“Old Ben Franklin, I think we should thank him
He was the world’s most industrious guy
He said, Early to Bed, Early to Rise
makes a man Healthy and Wealthy and Wise”


Thomas Edison
“Now off he goes with another invention,
His mind is so filled with dreams and intentions!”


Jackie Robinson
“No game was going to hold him back
Oh, He was called up
To rise above all the shame
Into a world that was begging for a change
His courage belongs in the Hall of Fame”


Rosa Parks
“Sometimes the best way
To fight for a better day
Is sitting down
Not Fighting!
Sitting Down, make it right
and sit down to stand up for your rights”
as well as some not as familiar,
but just as noteworthy for their accomplishments. . .
Chief Joseph of the Nez Perce tribe,
stood up to theU.S. Army and used peace over war.
Woodie Guthrie, for writing “This Land is your Land”

and inspiring Americans by giving them hope through his music

much like Ellis Paul!
Augustus Jackson was one of the first
African American businessmen.
Martha Graham was an innovator in the world of American dance.
Tee Tot was the behind-the-scenes musical mentor who made
Hank Williams’ legendary career possible.
Nellie Bly
was a brave journalist-adventurer who exposed injustice. 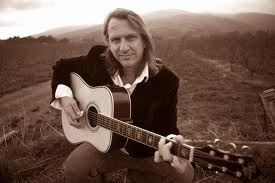 After entering to win his Awesome New CD and artwork,
go check out his website;
http://www.ellispaul.com
You can click on his radio player and listen to his songs!


Now that you know about the album and the artist,
here is my review…


I not only LOVE this album,
I am Grateful for this beautiful gift to the world.


– Powerful & Important Messages for Every one at Every age 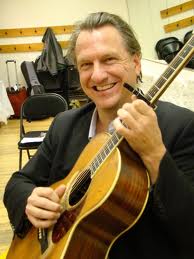 * I am ABSOLUTELY going to use this album as a Regular Feature in my Classroom.*

This album has a loud message that speaks to and represents
each unique person in our multi-cultural society.


Believe me, you will treasure this work of beautiful, musical art.

Here is an excerpt from The Hero In You;
“Everybody’s got a story
Of all their troubles, all their glories
Tell me yours, you cannot bore me
I love to listen to you.
All your bumps and all your scratches
All your holes and all your patches
Its you! Its true! You have no matches
There is a hero in you.”

Here is a song by Ellis Paul form a different Album that captures his spirit.

Click “Read More” at the bottom of this post to enter to win your own
“Hero in You” cd
on the rafflecopter form!

I received one of the products mentioned above for free using Mom Blog Society. Regardless, I only recommend products or services I use personally and believe will be good for my readers.(http://momblogsociety.com