She and Him Band Tickets- I’m going to see Zooey Deschanel !

HAPPY BIRTHDAY TO MY DAUGHTER!!!! For my daughter’s Birthday I bought her and I tickets to see She & Him.  I have never been one for caring much for celebrities. Now I am in my 40’s which is certainly too old to be a crazy celebrity fan, yet I am the biggest fan of  Zooey Deschanel !! 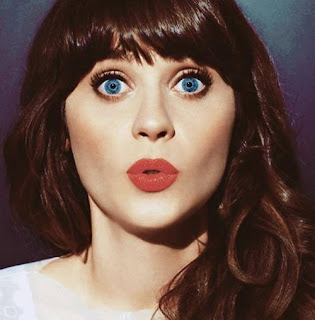 I even have a pinterest board and group board dedicated to her! I love her style and her acting. I first saw her in ELF and thought her voice was the best I’d ever heard, but I didn’t really take notice of her until my daughter showed me the movie 500 days of Summer which instantly became my top favorite movie of all time (or at least one of them way up there on the list along with Elf).

After seeing more of Zooey and then her show New Girl I realized that her character from the movie is close to her real personality. I love her vintage style, quirky ways and her giant eyes. Her voice is amazing and her music She & Him is SO FUN!  (New album Coming!)

So, imagine my surprise and excitement when I saw that she was on tour and coming to my city!!!!!! My adult daughter loves her too so I got tickets for the both of us to go together. I am going to fly my daughter out to Chicago from Arizona for the concert in the summer. It is going to be such a dream come true to see Zooey Deschanel in REAL LIFE! 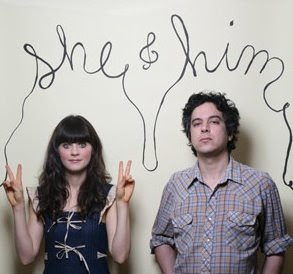 I can not believe that I am actually star struck but can you blame me?
Are any of you going to see She and Him in concert?
Comment below if you love Zooey, M. Ward, She & Him, or New Girl!
Here are more posts on Zooey…
What Would Zooey Wear ?

What Is Zooey Wearing on New Girl ?

Different Types of Flooring You Should Consider for Your Home

Being from Arizona, I do love all types of cactus.

Today on the blog is a post filled with pictures t

Get this free printable All About Butterflies lear

The sunsets in Arizona are new and exciting every.

I think it’s so funny to do Snapchat filters on

I get SO many laughs from doing Snapchat filters o

Today on the blog are free resources for teachers

Incredible sunset tonight. This is only 1 small pa

Have you visited the OdySea Aquarium in Scottsdale