Get ready for a whole lot of family fun at the movies with a thrilling adventure sequel that will captivate audiences. 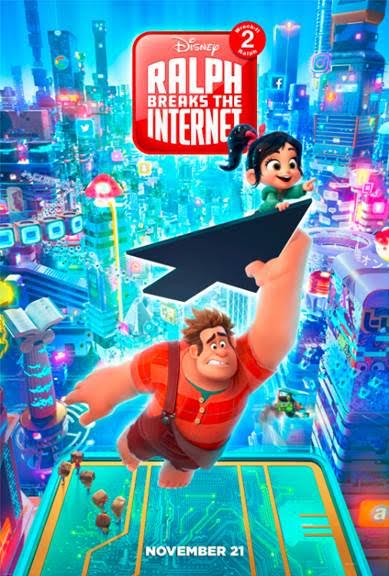 The characters ventureinto the uncharted, expansive and thrilling world of the internet—which may or may not survive Ralph’s wrecking. Video game bad guy Ralph (voice of John C. Reilly) and fellow misfit Vanellope von Schweetz (voice of Sarah Silverman) must risk it all by traveling to the world wide web in search of a replacement part to save Vanellope’s video game, Sugar Rush. In way over their heads, Ralph and Vanellope rely on the citizens of the internet—the netizens—to help them navigate their way, including a webite entrepreneur named Yesss (voice of Taraji P. Henson), who is the head algorithm and the heart and soul of trend-making site “BuzzzTube.”

ROYAL REUNION – In “Ralph Breaks the Internet: Wreck It Ralph 2,” Vanellope von Schweetz—along with her best friend Ralph—ventures into the uncharted world of the internet. When she finds herself surrounded by Disney princesses, she’s surprised to learn that she actually has a lot in common with them.

Why Hollywood Actors Use Vanity Mirrors

Celebrating Rescue Dog Day in May with Reese the Chihuahua

How I Prevent S.A.D. during the Winter

December 7, 2015
Jenny at dapper house is a cool lifestyle blog focused on everything family! Jen Temcio is a long time blogger who shares topics that matter to you like education, healthy living, fitness, home and much more. She shares products that make your life easier, better, and a whole lot more fun!