Skip to content
Jenny at dapperhouse Family fun for everyone. A lifestyle blog.
Children

May 1st is Mother Goose Day! I Saw Her Grave!

I was quite excited when I went on a site seeing trip to Boston with my daughter a few years ago. We wanted an educational vacation with rich history and cool picture taking. We were pretty excited in the cemetery as we were finding famous graves, but imagine my surprise when I found the headstone of Mother Goose! From the info I found she was Mary Goose, Wife to Isaac. They supposedly had many children and she had many rhymes and stories for them that were later published as the Mother Goose Rhymes. I found out later though, that the elusive and imaginary Mother Goose was originally from stories, pantomime and rhymes dating as far back as the 1500’s from France. The name finally stuck in literature history when an author named John Newberry published a book of poems called Mother Goose’s Melody  in England in 1781. The name “Mother Goose” has been associated with children’s poetry ever since and has inspired many versions including modern day versions of children’s Rhymes. 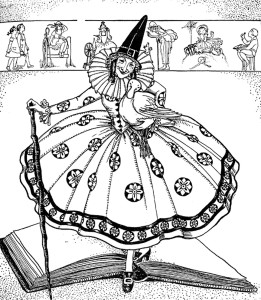 I liked the Boston Story better thinking of her as a real person, but realistically children from today’s generation are not going  to know much of her at all since her rhymes are violent and irrelevant. In the preschool class I teach I do play and sing Ring Around the Rosie with the Children, but I can’ t think of any others that we reference on a regular basis. And from what I remember this song was made up by children who were watching everyone die in a horrible epidemic. Ring around the Rosie was representative of a rash or fever. . . a pocket full of posies referred to the herbs kept in the pockets of the healthy to try and ward off the disease, and the ashes, ashes, we all fall down was the death of so many people (“ashes to ashes, dust to dust” said when people were buried). Don’t quote me on any of this, but it is what I was told as a child. 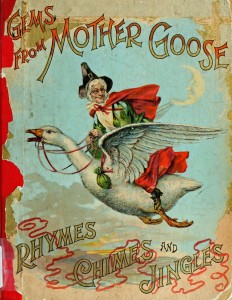 Do you remember the Mother Goose Rhymes and how violent they were? I didn’t even seem to notice when I was a child, they were commonly told to me at bedtime before my “sweet dreams” or sung together when playing happily with friends.

Three Blind Mice “Cut off their tails with a carving knife”

Rock-a-Bye-Baby ” When the bough breaks the cradle will fall, and down will come baby cradle and all” 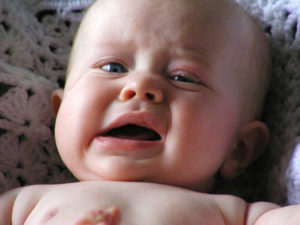 It seems funny now that these poems hold such a fond place in my memory and conger up feelings of innocent childhood sentiment.

Do you still read these rhymes to your children? I am curious to know 🙂