Pests got their name for a reason. Nobody wants them around, especially in their houses. Americans spend a significant percentage of their home budget each year eliminating these unwanted guests from their homes.

Common household pests include roaches, rats, and termites. These creatures carry diseases that can be spread to people and pets within the home. Termites can also cause extensive structural damage.

Pest control is a must. But is organic pest control effective enough? Let’s find out.

The hidden dangers of pest control

When a pest control team comes to a home, the house might be quarantined for a period of time depending on the extent of the infestation. Many families end up staying in hotels or with friends during the fumigation of their residences to prevent inhaling toxic chemicals.

The most dangerous fumigants frequently used in pest control include:

The most common method for eliminating pests from the home is with commercial pesticides that contain powerful chemicals to kill the creatures once they are exposed. Unfortunately, the chemicals used in conventional pest control can result in severe negative side effects in some people. 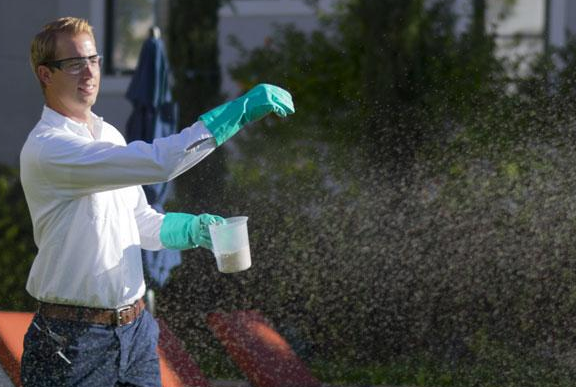 The health risks to humans occur because humans share similar physiology with many of the pests commonly found in their homes. For example, anticoagulants are one of the tools that many pest control experts use to kill rats. However, these chemicals produce the same activity in humans (although more of the chemicals are needed to trigger a negative reaction).

Even when pest control products don’t cause any noticeable reaction from the people and pets in a home, that doesn’t mean you’re safe. Toxic chemicals can stay in the body for incredibly long periods of time, accumulating over the years and contributing to the development of chronic disease. Many synthetic chemicals used in pest control are equally as dangerous for the environment.

The advantage of organic pest control

With all of the legitimate concerns about using chemical products in conventional pest control, consumers are increasingly turning to organic pest control as an alternative.

This shift isn’t limited to the pest control industry. Consumers are beginning to favor natural products over synthetic ones in all types of products. This new age of consumerism is fueled by a greater scientific understanding of how the chemicals used across industries affect human health.

Organic pest control services generally aren’t much more expensive than traditional ones. There are plenty of great providers, like Joshua’s Pest Control, that offer organic options that don’t break the bank. You might be surprised how easy and affordable it is to make the jump to organic, and both the environment and your family will thank you.