9 of the Best Disney Movies With Animals 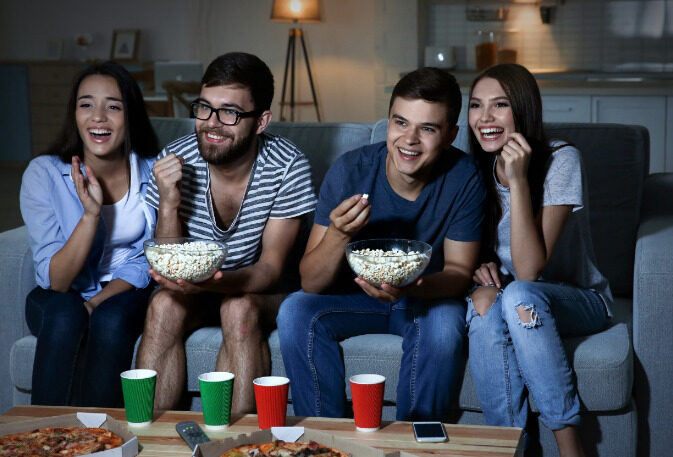 Did you know that 90% of people with pets consider them another member of their family? Two-thirds of people in the United States own a pet.

People really value and love their furry friends as studies have indicated that 40% of women with pets feel more emotional support from them than from their partners or children.

Animals are a great part of many of our lives and watching movies about animals brings us all memories of our own lovable pets. Disney movies with animals are some of the best, keep reading to check out our list.

1. The Classic 101 Dalmatians
First on the list of great animal movies is the heartwarming film 101 Dalmatians. This 1961 classic animated Disney film has everything pet lovers want, adorable animals banding together to save the day!
The film is about a litter of puppies stolen by the villainous Cruella de Vil set on using them to make coats. This movie is cute while still speaking to a greater message about the abuse animals face.

2. Dumbo
Dumbo tells the story of a young elephant born into the circus and how he uses what makes him unique, those adorable floppy ears, to soar to new heights. With the help of Timothy Q. Mouse, Dumbo is able to achieve greatness.
This story depicts the beauty of friendship and the power of believing in yourself. This film can, however, be a bit harder to watch as animal cruelty in the circus is well known.

3. The Lion King Is an All-Time Favorite
Next on the list of great animated movies with animals is The Lion King. This movie has it all, beautiful animation, terrific voice acting, some of the best music, a colorful cast of characters, and an incredible story of family and perseverance.
Based on Shakespeare’s Hamlet, this 1994 film follows the lives of the lions that rule the Pride Lands. Simba runs away after being led to believe he’s the reason for his father’s death, the king of Pride Rock. On Simba’s return, he must fight to restore the Pride Lands to their former glory.

4. Homeward Bound: The Incredible Journey
This sweet film is a remake of the 1963 movie based on the book by Sheila Burnford. The story follows three adventurous house pets that embark on a long journey home back to their owners.
These pets encounter all kinds of dangers on their journey from mountain lions, to bears, to raging rivers, and even the pound. With incredible voice work from the likes of Michael J. Fox and Sally Field, this 90’s classic is fun for the entire family.

5. Zootopia Teaches Some Valuable Lessons
At the top of the list of best Disney movies is Zootopia. This film is relatively new in the world of Disney films but it made a huge splash when it was first released in 2016.
The story centers on Judy, a rabbit with dreams of moving to the big city to become a police officer. In an effort to prove her skills she becomes involved in a case of missing predators and unravels plans that would change their world forever.
The film so wonderfully teaches the harmful effects of stereotypes and prejudices and that a world where a rabbit and a fox can be friends exists.

6. Lady and the Tramp Is a Beautiful Movie
This 1955 animated film about dogs might not jump to your mind as one of the greatest love stories of all time but it is. Lady is a well-groomed and loved cocker spaniel while the Tramp is a mutt who’s lived on the streets for as long as he can remember.
Lady gets lost after she flees the mean aunt Sarah. She meets the Tramp and the unlikely pair eventually fall in love. Who could forget that iconic scene with the spaghetti and meatball dinner?
The adventures of these two dogs demonstrate the love between a dog and their owner and how every dog deserves a home. Watch Disney Plus on Apple TV to check out this and many other great movies.

7. The Aristocats
Next on the list of Disney movies with talking animals is The Aristocats. This movie is for the cat lady in all of us.
The film has some beautiful animation, some memorable music numbers, and cute characters. The relationship between the three kitten siblings is adorable and funny.
After the three kittens and their mother are left a mighty inheritance, they’re kidnapped by a butler after their fortune. With some help from an alleycat named Tomas O’Malley, this family of cats must find their way back home.

8. A Bug’s Life
While you wouldn’t think that a movie about insects could be charming and cute, A Bug’s Life will prove you wrong. This early Pixar film follows Flick, an ant who is tired of a group of bully grasshoppers always taking their food.
He sets out to find a group of warriors that can help him protect his colony. What he finds is a colorful group of circus performers, not exactly fit for the task.
This film has a powerful message of the little guy standing up to the bully and demanding fairness. It teaches viewers that no matter how small you are, you’re capable of achieving what you thought impossible.

9. You Can’t Forget About Finding Nemo
This beautiful Pixar classic ranks high on the list of best Disney animal movies. Finding Nemo tells the story of Nemo and Marlin, father and son. Marlin’s overprotectiveness leads Nemo to swim past the reef and he ends up getting caught by some divers.
The film follows Marlin as he sets out on an ocean adventure to find his son. Along the way, he befriends the forgetful but sweet blue tang fish named Dory and faces off against everything from great white sharks to stinging jellyfish.

There are some great Disney movies to watch whether you’re seeking a dose of nostalgia or looking for something new. If you’re looking to watch Disney movies with animals, some of the best are included in this list. Make sure you don’t leave without checking out some of our other blogs.

BLUE – What Your Favorite Color Says About You