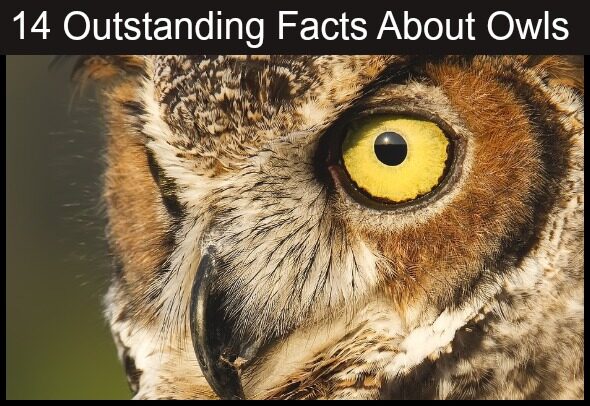 Owls are a very popular bird because they are very cool! Owls are also gorgeous with their big eyes and feather colors. Owls are equated to being wise animals as made popular in the Winnie the Pooh stories and other fables. Owls are also known as wise because they are the symbol of the Greek goddess of wisdom named Athena. Beyond looking cool and having a good reputation, there are so many interesting and exciting facts about owls.

Test your knowledge with these 15 Awesome facts about owls.

1.) Owls have eyeballs that are shaped like tubes rather than round like humans.  As well, their eyes do not move but are stuck in one position. This helps owls see their prey very far away.

2.) Scientists who have studied owls believe that they see in black, white and shades of grey but no colors.

3.) Owl’s eyes are 100 times more sensitive to light than humans which is why they are better nocturnally. Sometimes in the day, owls look like they are half asleep but this is because they are closing their eyelids enough to reduce the light coming into their eyes.

3.) If you look closely at an owl you will see that they have tiny feathers that look like hairs on their feet and around their beaks. These feathers, called “filoplumes” help owls eat and feel their way around since they are farsighted.

3.) Owls look harmless but if humans get too close to their nests or their family, owls will attack. Owls defend their territory, babies and mates from humans and other animals

4.) Owls are solitary animals so they do not like to hang out together in groups. When owls do flock together though, they are not called a flock like other birds. They are called a “parliament”.

5.) When you watch an owl you might see it turn it’s head around to its back. Since owls can not move their eyes, they have a large range of movement in their necks to see around them. They can move their heads around in an impressive 260 degrees.

6.) You would have to look very closely, but many owls have ears that are different sizes on each side of their heads. This causes them to hear sounds at slightly different times. This helps owls when they are hunting to determine the distance of their prey.

7.) Once owls scoop up their prey, their toes and sharp nails stay locked in position to keep their meal from wiggling away. Their strong toes also help them stay perched on branches for long periods of time.

8.) Owls have 4 toes. When owls fly, their toes are positioned with three in the front and one in back. When owls perch, one toe moves into a different position so there are two in front and two in back.

9.) Screech Owls are much smaller than other types of owls. They also have the best camouflage of any other bird. Their feather patterns and colors look like tree bark so that they are almost undetectable. This keeps them safe from larger owls who try to eat them. 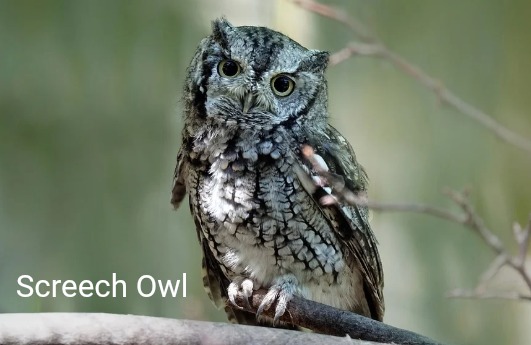 10.) There are 225 different owl species in the world. Owls are found naturally in every continent except for Antarctica.

11.) Of the 225 species, there are two main groups of owls. One is barn owls that are characterized by their heart shaped faces and the other is all other types of owls.

12.) The most common type of owl is called a “Great Horned Owl”. These are found across North and South America. This owl is also called a “hoot owl” and is the type that most popular owl items are designed after. 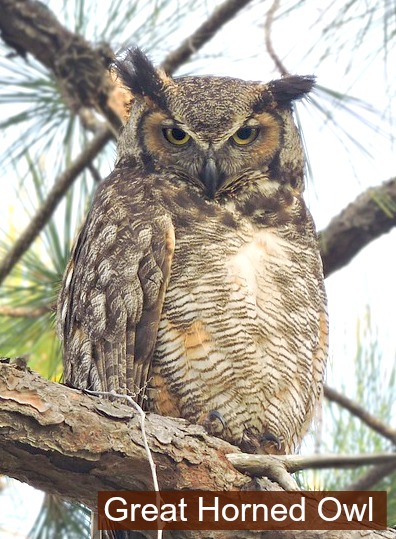 13.) The most rare owl in the world is called a “Blakiston’s Fish Owl”. It is the largest of all the owls. They can get as big as 8 – 10 pounds and have a wingspan of up to 6 feet. Blakiston’s Fish Owls are endangered and are found naturally in China, Japan and Russia.

14.) We are taught that owls say “who, who” but in fact, only Great Horned Owls are the only ones that really “hoot”. Most other owls make noises like screeching, chirping and whistling while some even growl.

Did you learn more about owls then you knew before reading this article? Owls are fascinating birds with many unique characteristics.

If you like owls you are lucky because there  are so many cool things that are owl themed. You can see Outstanding Owl Themed Gifts That You Can’t Live Without if you would like to find some really fun things. 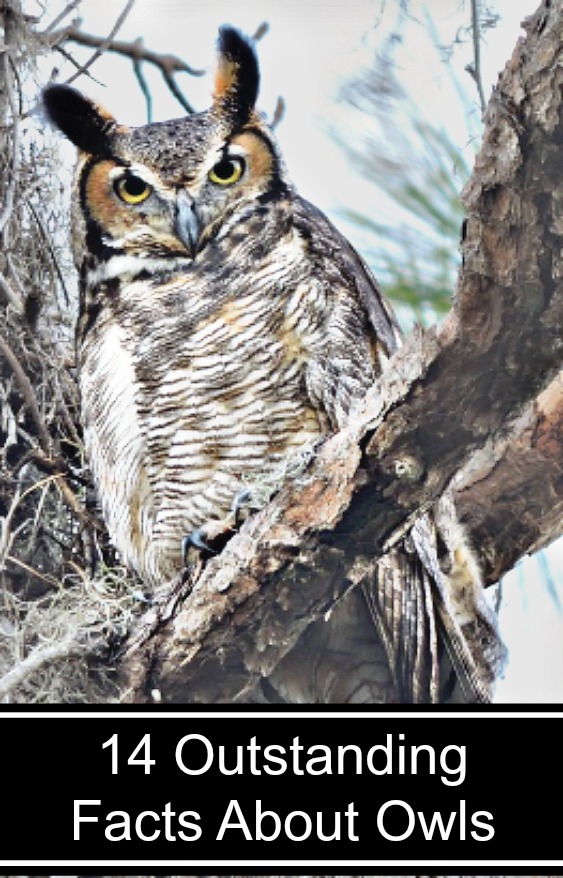 How to Enhance the Look of Your Patio

Gift Ideas for Your Best Friend

Here are more of my dog relatives! Cooper on the l

This is my nephew dog Hank. He is a party animal.

This little baby is loving the weather here too. S

My granddog Brinley. He’s so smart and sweet. @p

Look who is loving and snuggly! He is really comi

Donating blood is easy, near painless and only tak

I love dinosuars!! Do you?⁠ I've curated a list

Two of my favorite people! I sure do miss them. I

Traffic? Who cares when this is the view while you

Keep kids learning while having fun with this free

I miss the changing colors of the fall leaves in t

Today on the blog are 25 teacher and chidren appro