Skip to content
Jenny at dapperhouse Family fun for everyone. A lifestyle blog.
Family Travel & Tourism

Visit the 9/11 Memorial and Museum in New York 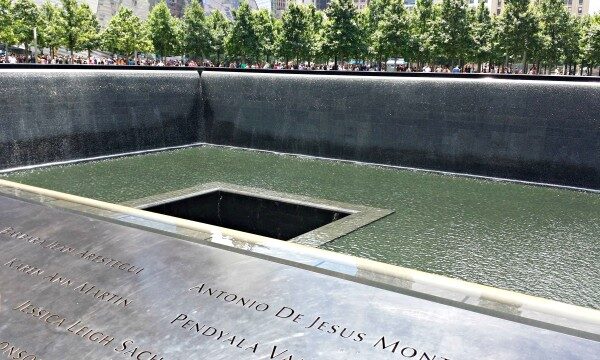 On a recent trip to New York it was obvious that we would go to the the 9/11 Memorial and Museum. We all remember that day and have personal stories whether is was being there, knowing someone who was affected or simply watching on television as our strength and safety crumbled that morning in the hands of terrorists. I was not near any of the attack sites as I was at home in Arizona, but the fear and sadness and anger still rise up in me and cause tears to flow for so many reasons and emotions. It is humbling and shocking and very respectful to see the tributes in the 911 Memorial and Museum. It is a must see for every American. 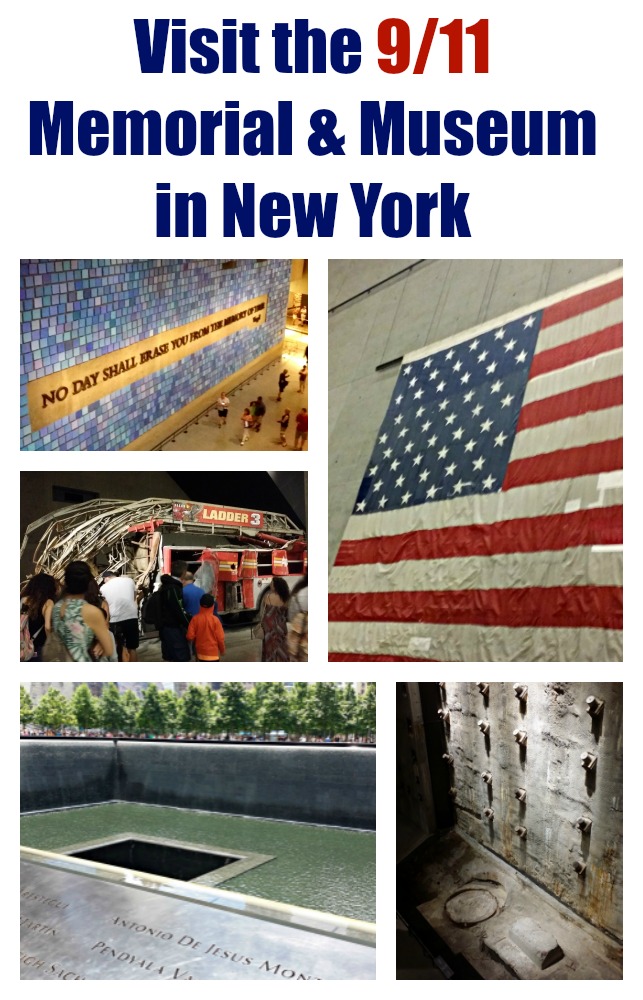 It is located at the site of the former Twin Towers that were destroyed. Outside the the 9/11 Memorial and Museum in New York features two giant and gorgeous waterfalls and reflecting pools. The outside edges are engraved with the names of the people who died as a magnificent tribute. Each pool is about an acre in size and on the site of where the towers once stood. 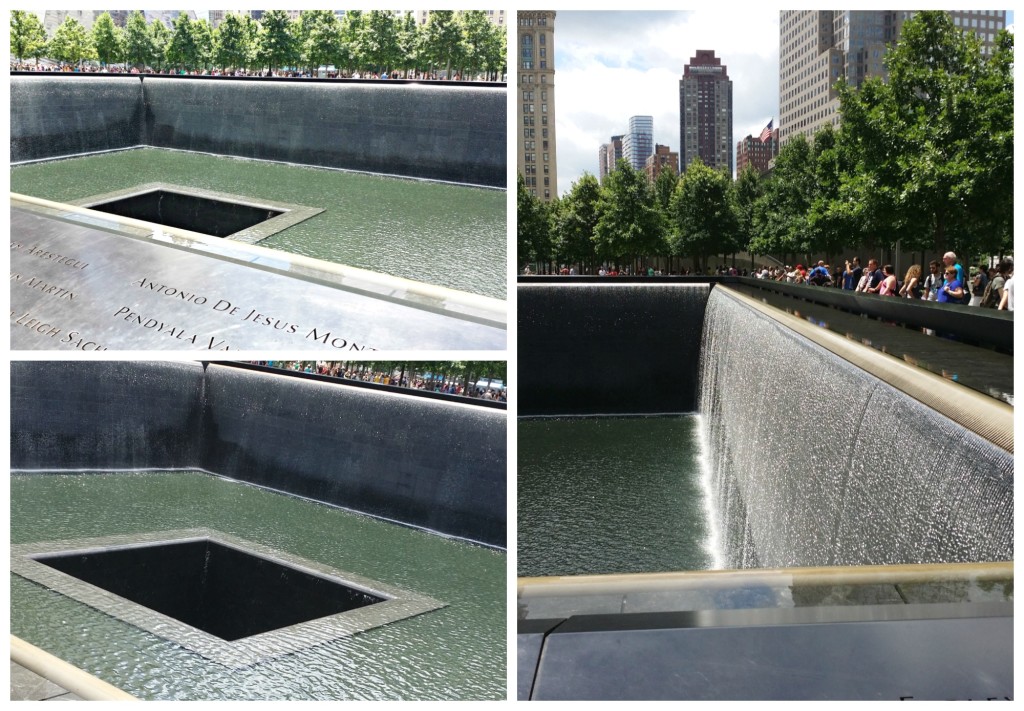 Inside the museum it is reverent and enormous. It represents three parts of the story; events leading up to the attacks, the day it happened and the days following 9/11. There are many exhibitions that you can see such as a giant room filled with photos of each of the 2,996 people who died, a photo series from the 10 weeks following the attacks and hundreds of photos that capture single moments and the magnitude of the entire event.

There are pieces from the original towers that look like sculptures now from being twisted and damaged.

Here is a fire truck from the scene. 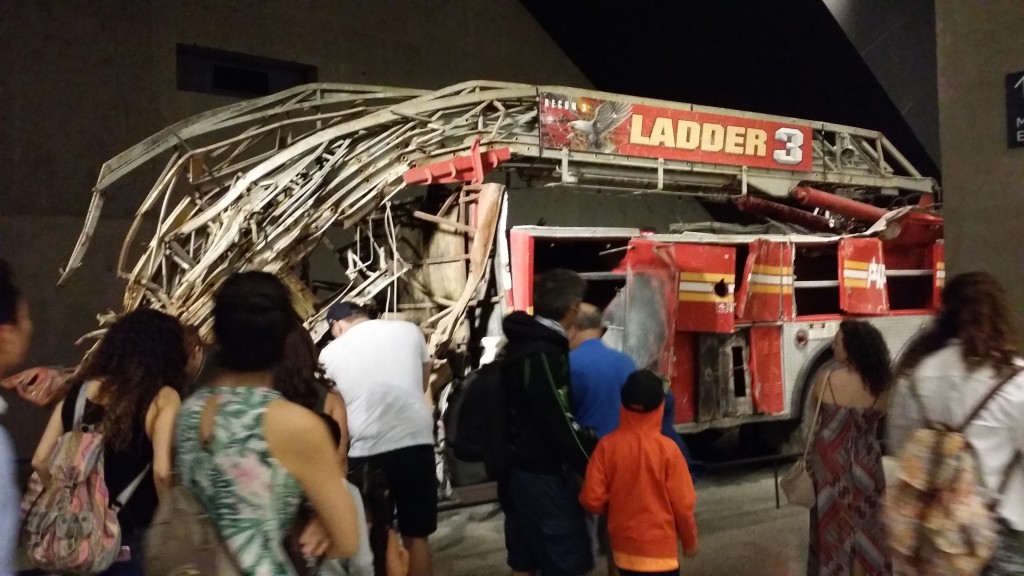 There is a giant concrete wall with blue squares and the quote from Virgil’s Aeneid, “No Day Shall Erase You From The Memory of Our Time”. This is a repository of around 8,000 unidentified human remains that are laid to rest in this beautiful memorial. 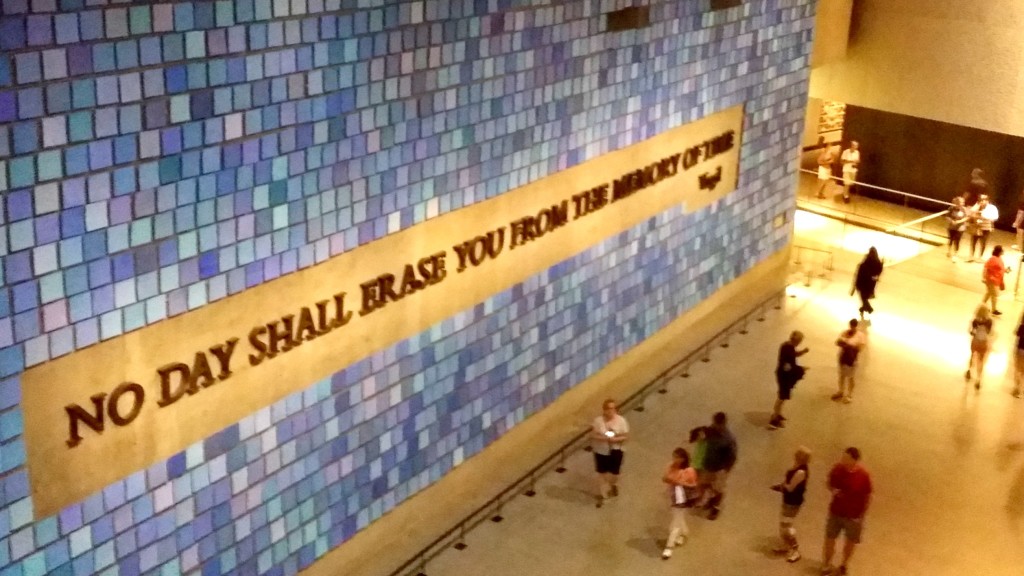 This is an urn that has the names of victims of 911 engraved around the outside along with the words from the speech that President Bush gave the night of the attacks. This urn was made by University of Minnesota art professor Tom Lane. 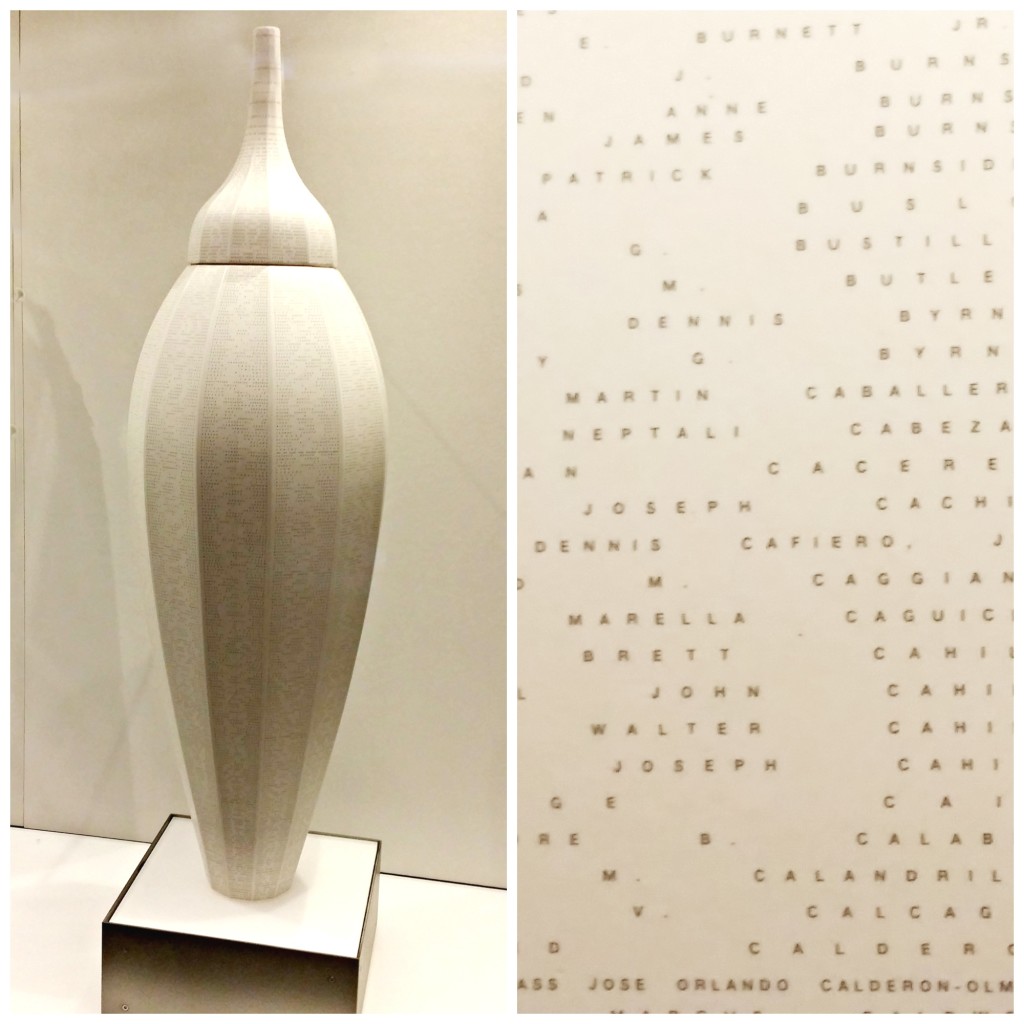 It was good to take my 13 year old son who was not even born when the attacks occurred so that he could truly comprehend what took place at that time. It was powerful. We were all sad and beyond belief at times but also saw and felt the heroism, patriotism and blessedness that came from that tragedy as well. 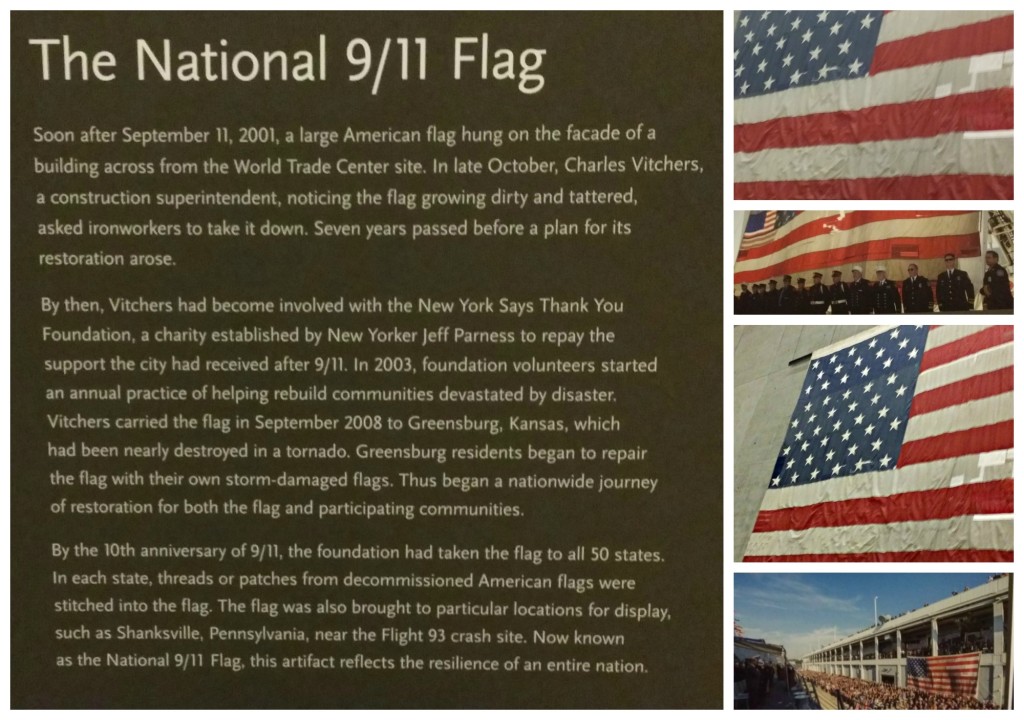 I highly recommend taking time to (and making enough time so that you don’t feel rushed) to see this for yourself. I think that two hours is plenty of time to see everything once through. 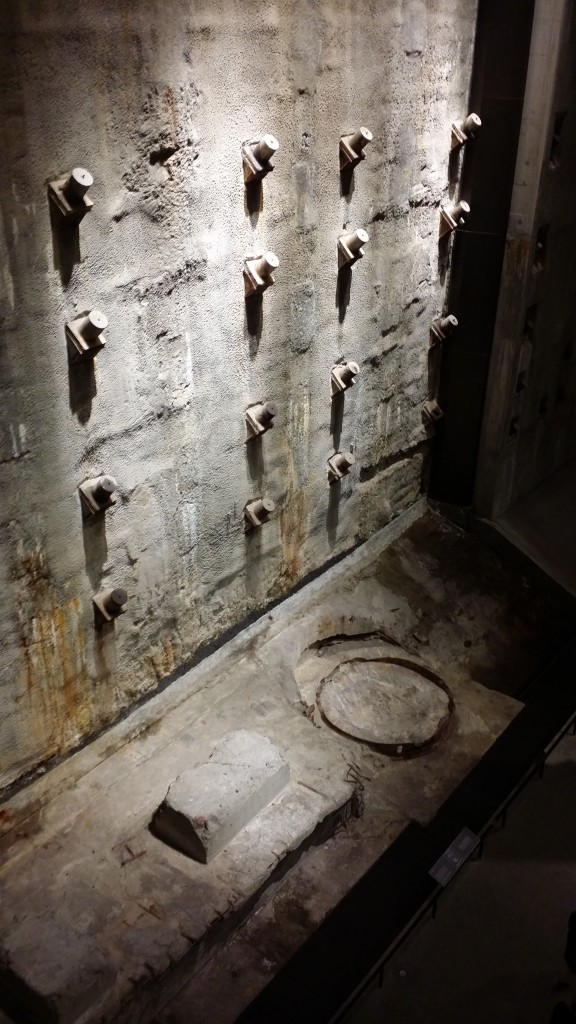 You can learn more and see virtual tours here at the 911 memorial official site. 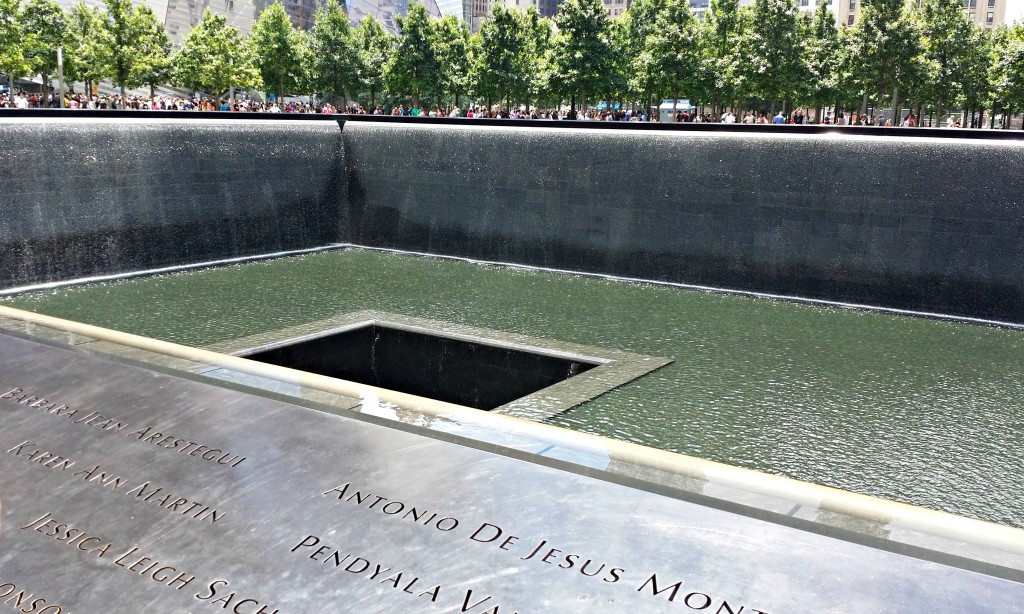 Have you been to the 9/11 Memorial and Museum in New York?

What did you think about your visit?

What Is Timeless’ Best Anti-Wrinkle Cream?

Why I choose Blue Lizard® Sunscreen for My Family

June 13, 2017
Jenny at dapper house is a cool lifestyle blog focused on everything family! Jen Temcio is a long time blogger who shares topics that matter to you like education, healthy living, fitness, home and much more. She shares products that make your life easier, better, and a whole lot more fun!