Netflix and Chill? 6 of the Best Movies Streaming Now (And Why) 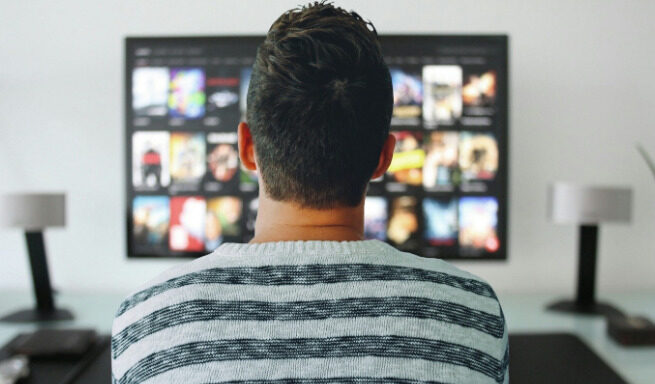 Streaming services are one of the best things to ever happen to cinema, but all those choices can get, well, overwhelming. Some nights it feels like you spend more time browsing through the available movies than actually watching them!

Below are some of the best streaming movies across platforms right now. If you want to Netflix and chill without all that wasted time, watch one of the best movies streaming now according to our helpful viewing guide.

1. Uncut Gems
Uncut Gems stormed onto Netflix last December to rave reviews, with many critics calling it the best movie on Netflix period. Uncut Gems is the story of a jeweler (played by Adam Sandler) who makes a huge, risky bet on a basketball game. Unfortunately, he makes the bet with money that isn’t exactly his. The movie follows Sandler’s character through a stressful few days of dodging mobsters, selling bling to basketball players, and trying to navigate his love life all the while. This is a wildly different role for Sandler, and one that he handles with extreme skill. His performance alone makes the film worth watching. If you like edge-of-your-seat, high-stakes films, you’ll love Uncut Gems.

Da 5 Bloods, the newest film from Spike Lee, is a force to be reckoned with. The film is about four black Vietnam veterans returning to Vietnam to find hidden gold and the body of their old friend. It’s a sharp statement on living as a person of color and friendship mixed with anti-war statements painted with that masterful Spike Lee style. From the performances to the plot, you should not miss out on this one. Big props go out to Delroy Lindo, who play Paul in a stellar role as a paranoid, MAGA-loving man warped by the war. It’s a true powerhouse performance and adds a layer of real depth to the film.
Check out the following link if you want to download netflix movies on mac like Da 5 Bloods.

Palm Springs is the latest offering from the Lonely Island Classics production label, and it’s a real treat of a film. Starring Andy Samberg and Cristin Milioti, Palm Springs offers up your classic Groundhog Day-like scenario (the two main characters are forced to repeat the same day over and over) with a few refreshing twists. Samberg dominates the role of Nyles, a self-centered partier
who’s all but given up trying to get out of the time loop. That is, until Milioti’s character Sarah also falls into the loop and changes the whole dynamic.
Palm Springs is more than your typical romantic comedy. The film isn’t afraid to veer down philosophical avenues but never takes itself too seriously. Any rom-com fan will love this one on a date night.

Recently released on HBO Max, An American Pickle is the latest absurd comedy offering from Seth Rogen. The film stars Rogen in a dual-role as both Herschel and Ben Greenbaum, two relatives no-longer separated by time.
Herschel is a pickle factory worker in 1920. One day, he falls into a vat of pickles, which preserve him perfectly for 100 years. In the year 2020, Herschel is revived from the pickle juice, after which he finds his great-grandson Ben and tries to figure out how to live in this brand-new, very different world. Not a lot of actors can pull off the dual-role (see Adam Sandler in Jack & Jill) but Rogen does it with skill and ease. Each character has a distinct personality, and actually feels different. On top of that, the movie is just plain funny and bizarre in all the best Seth Rogen ways.

2019s The Irishman, from acclaimed director Martin Scorsese, is a gangster epic about the murder of Jimmy Hoffa. This three-hour-plus affair offers one of the best Rober De Niro performances in years. It features Joe Pesci in his first live acting career in 10 years in a groundbreaking performance. Not only that, but The Irishman also has some interesting anti-aging tech going on behind the scenes, making De Niro look about 40 years younger than he is.
It’s a bit of a slow burn, but The Irishman offers a tense, gripping ride through one of the most iconic, mysterious stories in mob history.

6. The King of Staten Island
The King of Staten Island is the latest Judd Apatow project, and one of his finest to date. Starring Pete Davidson as a less-than-successful 24-year-old who’s forced to get his life together. He wants to become a tattoo artist, but life seems to be pushing him towards being a firefighter like his dad, who perished in the September 11th attacks. This all comes to a head when his mother starts dating a volunteer firefighter, played masterfully by Bill Burr.
Featuring killer performances from Davidson, Burr, Steve Buscemi, and Pamela Adlon, this film is a great mixture of comedy and drama. It’s a touching story of family, getting yourself together, and pushing against the odds.

Save Your Time With the Best Movies Streaming Now

If you’re tired of endlessly sifting through your favorite streaming services, pick one of the best movies streaming now from our helpful list. Your time is precious, and you deserve to watch only the best new streaming movies. So, pop some kernels, sit back, and enjoy a movie tonight.

For more news and stories from the world of film, check out the rest of our blog.

Buying a Car with High Mileage

Is Teaching Right for You?